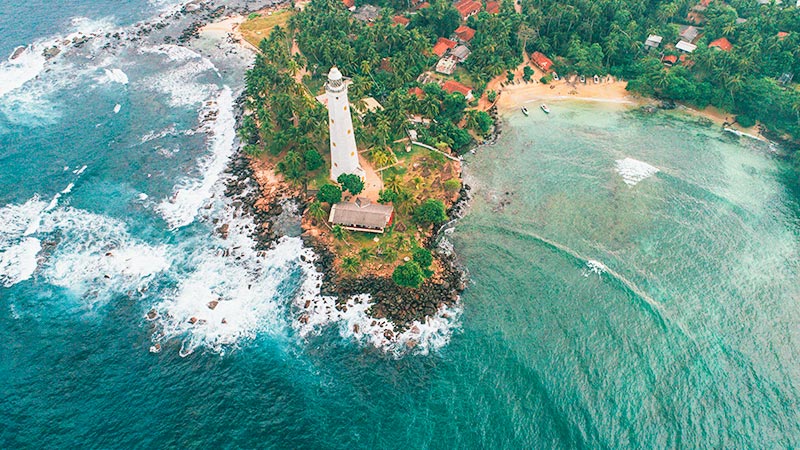 From awe-inspiring water bound excursions to venturing up to the world’s most expansive cave temple, uncover island’s most fascinating destinations with adventure trips in Sri Lanka offered by Silvertree Travel.

Upon your arrival at the Bandaranaike International Airport, you will be welcomed and assisted by a Representative of Silver Tree Travel. You will then be escorted to your vehicle and transferred to your hotel in Kalpitiya.

Check in to the hotel.

After breakfast, leave for Anuradhapura. Check in at hotel and leave for an evening safari at Wilpattu National Park.

The history of the park is also of interest with ancient ruins having been discovered in Wilpattu National Park. Queen named “Kuweni” (considered to be the mother of the Sinhala race) is said to have lived in the place known as Kalli Villu. Historical evidence also shows the fact that Prince Saliya, son of King Dutugemunu lived in Wilpattu over 2,000 years ago.

Wildlife in the Wilpattu National Park

There are approximately 30 species of mammals in the Wilpattu National Park which include the Sri Lankan Elephant, Sri Lankan Leopard, Lankan Sloth Bear, Sri, Spotted Deer, Buffalo, Sambar and Mongoose.

Birdlife in the Wilpattu National Park

After breakfast leave to Ritigala monastery. Ritigala is a range of mountains which is near to Anuradhapura in the dry zone of Sri Lanka. It is about 42 km from Anuradhapura and can be reached passing Maradankadawala and turning off at Ganewelpola along Anuradhapura-Habarana highway. These one of the three strict nature reserves in Sri Lanka and is about 5 Sq. km in land extent.

Historically, this has been called as Arittha Pabbatha (the mountain of Aritta) which can be translated as ‘Dreadful Rock’ or ‘Safety Rock’ or even ‘Riti trees’ growing upon it. Around 3rd Century BC, Aritta , who was the Chief Minister of King Devanampiyatissa, who later was ordained as the First Sri Lankan Monk and became an Arahath, spent his monastic life at Ritigala.

There are many monastic ruins of stones, terrace ways, circular terraces, a stone bridge, and remains of a giant stone banked pond built across a water stream.

To enter a Strict Nature Reserve, one needs prior permission obtained from the Forest Department but since the Archeological Department has allowed visitors to Ritigala to sight see around 60 acres of this prime Ecological wonder in the dry zone inside the forest land, strewn with archeological remains, one can have a glimpse of this wonderful and mystic Strict Nature Reserve, not found anywhere else in the island.

Located between Habarana and Polonnaruwa, the 8,890 hectares of Minneriya National Park consists of mixed evergreen forest and scrub areas and is home to favorites such as Sambhur deer and elephants.  However, the central feature of the park is the ancient Minneriya Tank (built in 3 rd. century AD by King Mahasena). This tank is an incredible place to observe the elephants that come to bathe and graze, as well as the huge flocks of birds (cormorants and painted storks to name but a few) that come to fish in the shallow waters.

In the early morning, visit the rock fortress of Sigiriya. The legendary sky citadel of Sigiriya, the “Lion Rock” famous for its frescoes of ‘Celestial Maidens’ is the most impressive site in Sri Lanka. Built by King Kasyapa in the 5th century on top of a vast 200m granite rock it took seven years to build and was abandoned after ten years of occupation when the King, defeated by his brother, committed suicide. Although it is a steep climb, the views and frescoes are definitely worth the effort. Sigiriya is best visited first thing in the morning or just before sunset when it is cooler and less crowded.

Take a tour of a local village nearby, enjoying the walks through paddy fields and the cool breeze.  It is an opportunity to get acquainted with the typical village life, as you meet village folk and their families.  You will engage in cookery demonstration along with a bullock cart ride. Just after the bullock cart ride you will also have a boat ride end to the with an authentic Sri Lankan lunch.

Late morning leave to Pinnawala Elephant foundation. Get close to this large beast and take a walk through the vegetation. Join in an Elephant bath to enjoy a cool spring of water during the hot day. To end the tour, you will experience homemade cooking at its best. Continue your trip to Kandy and check in at hotel.

Arrive in Kandy. Kandy is the old capital of Ceylon and the seat of the last Singhalese kingdom.  It is a charming city with the most important Buddhist temple in the country and is set around an ancient artificial lake amongst rolling hills that are covered by forests and tea plantations.  Set in the mountainous area of the island, there are fantastic views over the city from some of the hotels.

Kandy is a great place to buy gemstones.  Sapphires of all colors, rubies, tourmalines and spinel’s can all be found here.  Visitors are also invited to have a look around their workshop, where they will be able to see the design, and cutting, polishing and setting processes.

Take a day trip to the Hantana mountain range. Here you will hike up to a village called Meemure. Meemure is an isolated village in the Central Province of Sri Lanka, located 324m above sea level and hidden amongst the mountains. The only way to reach it is from the  ‘Hunnasgiriya’ mountain, which is part of the Knuckles range, approximately 50km from Kandy. It’s a difficult trail of 33km from Hunnasgiriya to Meemure with many tricky spots, though the view along it is excellent. The village itself receives abundant water in the form of waterfalls that have their sources in the evergreen forests of the Knuckles. East of the village lies the pyramid shaped Lakegala mountain; while the west is dominated by the picturesque Knuckles range. The northern boundary of Meemure borders a forest which runs to the ‘Pitawala Pathana’ grassland; and the south is bounded by Heen River.

After early breakfast check out from the hotel and proceed to Nuwara Eliya by train.

You will board the Badulla Train and enjoy a brief train ride to Nanu Oya station. Your vehicle will travel ahead of you and pick up from this station. Continue the rest to Nuwara Eliya by your vehicle. En Route you will visit a local tea factory and plantation. Ceylon tea is a world-famous beverage. You will experience the processing plant and take an educational tour with the tea pickers who work very hard to pick only the best tea leaves for ideal for consumption.

After early Breakfast at the hotel.  Leave for Horton Plains National Park is a protected area in the central highlands of Sri Lanka and is covered by montane grassland and cloud forest. The Horton Plains are the headwaters of three major Sri Lankan rivers, the Mahaweli, Kelani, and Walawa. In Sinhala the plains are known as Maha Eliya Plains. Stone tools dating back to Balangoda. This region was designated a national park in 1988. It is also a popular tourist destination and is situated 32 kilometres (20 mi) from Nuwara Eliya and 8 kilometres (5.0 mi) from Ohiya.

Nuwara Eliya is famous for its richness in nature and water falls. You will continue your tour to visit the beautiful water falls located at various hills and valleys.

Take this scenic drive to Ella. Take a lunch stop at 98 Acres hotel overseeing the beautiful scenic valleys and hills of the region. Late afternoon climb up to the top of the mount of Little Adams peak.

After breakfast, leave to Kitulgala. Kitulgala is famous for its gushing white water from the hill country giving a good opportunity for rafters and non-rafters alike to master their experience. These water paths are situated in between lush thick forests which is part of the Sinha raja Forest reserve.

You will take a raft to experience the white water river down hills. Lunch will be organized on site and after which you will continue your journey to the southern or western coast.

Sri Lanka´s coastal areas are popular for all types of beach activites. This includes water sports, whale watching, snorkeling or just relax and enjoy the sun.

After breakfast, Leave to Colombo. Colombo is the Commercial Capitol of Sri Lanka. Walking Through the alleys and shops are an adventure of its own. Taste many types Sri Lankan and international cuisines. Complete your holiday by shopping in Colombo, onr of the bargain hot spot in asia.

Check out from hotel and transfer to the airport depending on your flight departure time.

PRICES QUOTED HEREWITH INCLUDE
Welcome and assistance on arrival in Sri Lanka by a representative of Silver Tree Travel.
Transport in air-conditioned vehicles, according to itinerary as mentioned above with an English-speaking chauffeur guide.
Accommodation for 13 Nights on a meal plan indicated on the itinerary above.
Lunch as indicated in the itinerary.
Entrance fees for sights & attractions indicated above.
PRICES QUOTED DO NOT INCLUDE
Airfare & Visa
Compulsory Supplements during peak period
Christmas and New Year’s Supplements.
Optional tours and attractions
Tea / coffee, soft drinks, alcohol or any other beverages
Tips and gratuities
Video / photo permits at the sites visited
Laundry, telephone or any other services obtained from the hotels
Expenses of a personal nature
Services other than those specified.
Early check in & late check out charges.
inquire now